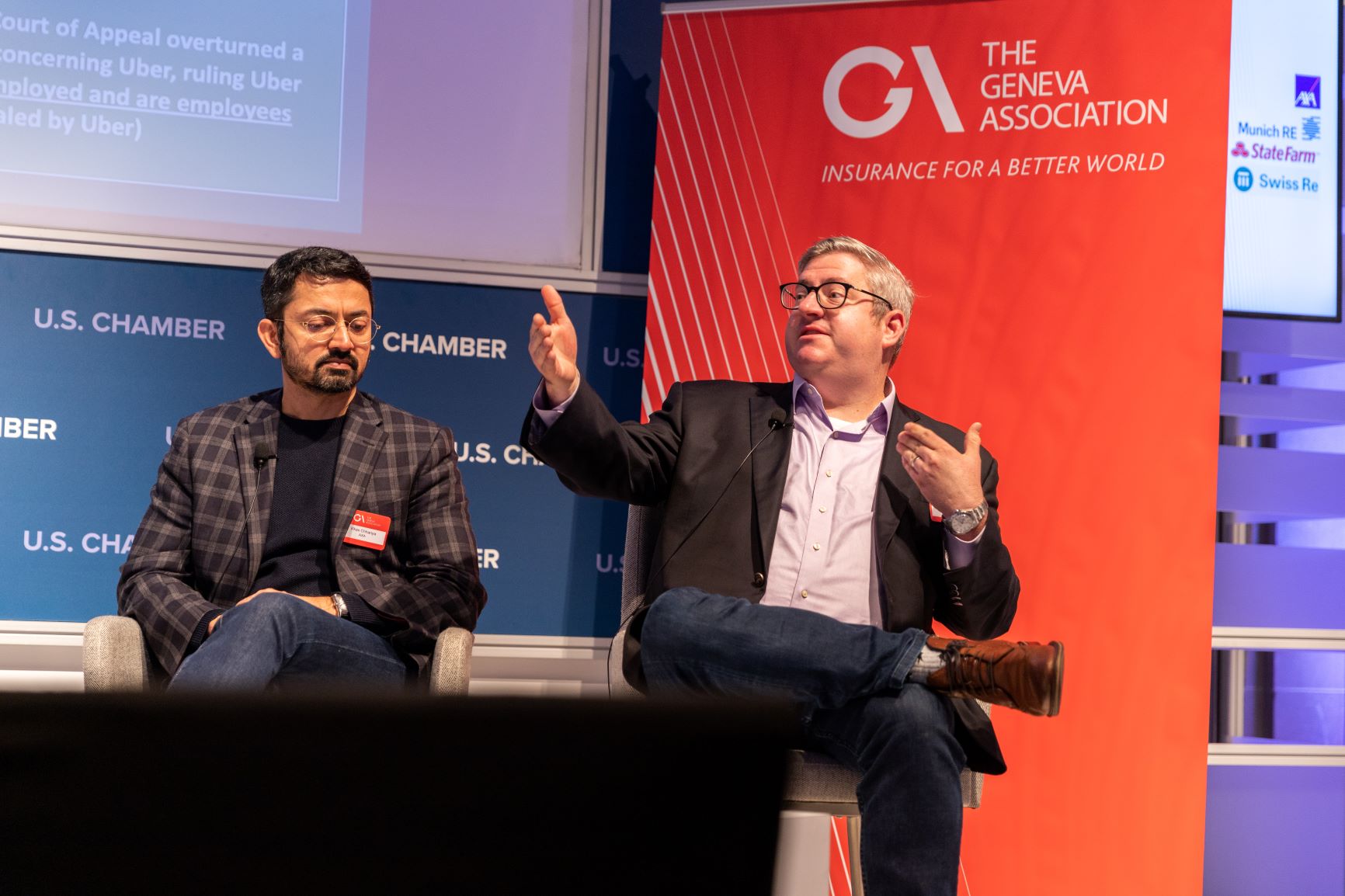 This interview took place at the GA's 15th Annual Liability Conference, held in Washington, DC on 21-23 October 2019 and sponsored by State Farm Insurance.

The panel today mentioned that it’s really difficult in the U.S. for insurers to keep up with the speed of the sharing economy. Can you talk a little more about that?

Curtis Scott: Well, I think in general underwriting is changing. You can’t underwrite in a box anymore as an insurer.

I wouldn’t say the sharing economy is harder to underwrite. I think it’s actually easier in a lot of cases. We have more defined terms and conditions; we have usage-based data. We know how many miles, where the car was driven, who the drivers are, things like that. There are a lot more data points available for underwriting in general.

I like to take a partnership approach with carriers. They have to want to work with the platform to understand this data, to leverage it, to underwrite it in real time. We can make assumption changes, leveraging data as it comes in and applying it in a way – and at a speed – that hasn’t really been seen before in this space.

Ronnie Klein: You mentioned insuring people just for the time they’re using a product or service – a vehicle, an apartment, whatever it is. As an actuary, I find that interesting because if you’re only charging them for when they’re using it, the rates will be much higher than if you spread it out over time. Anotherwords, the rates take into account that they’re not using it. What’s the difference between that and charging them a much lower rate for the whole year? 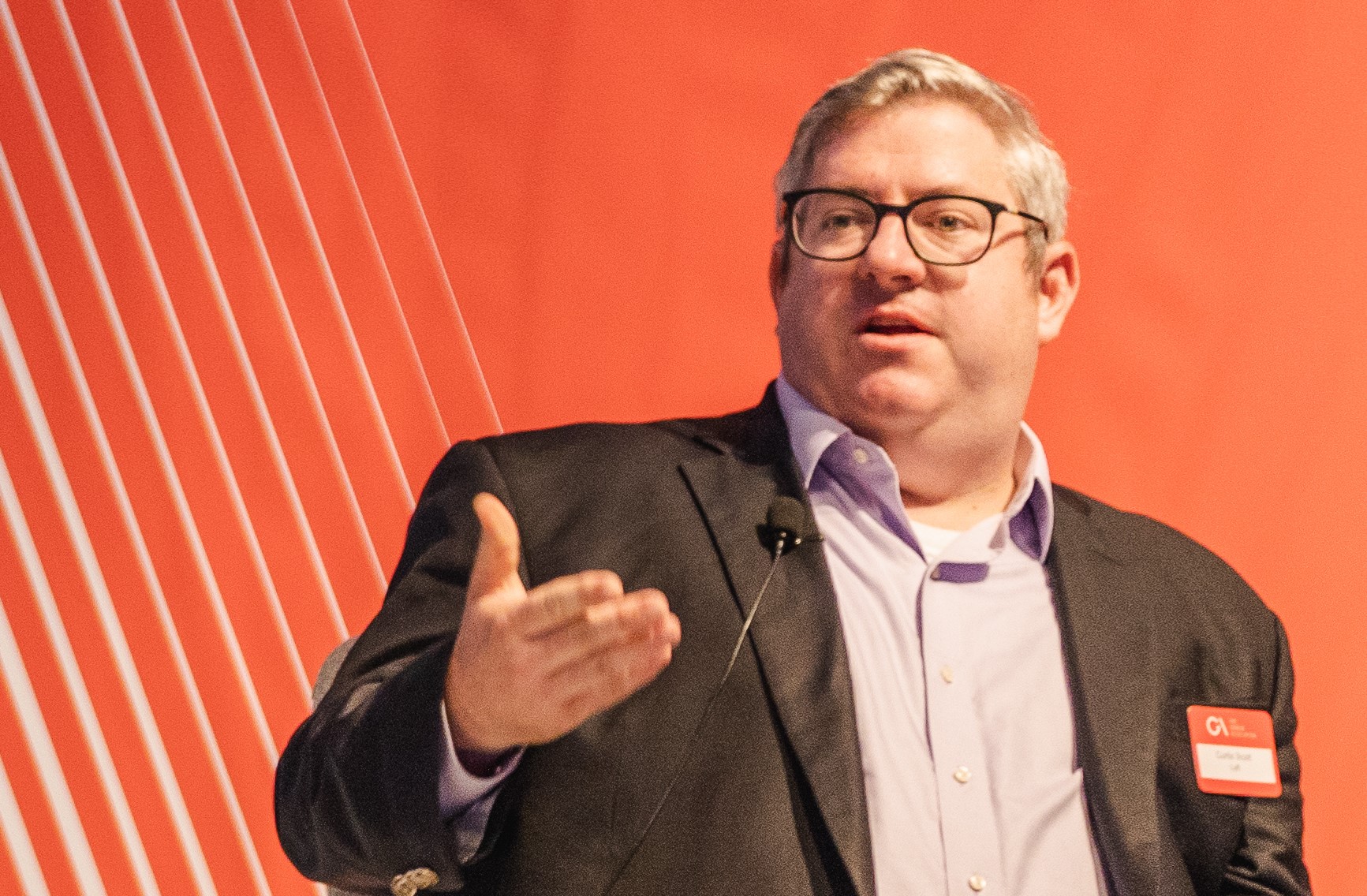 Curtis Scott: Well, I don’t necessarily agree that the rate would go up. I think it depends on how much use there is. I find usage-based ratings to be inherently more honest. Let’s take an asset like a car. It’s often underwritten on a vehicle year basis and then largely under the assumption that its garage location somehow matters, i.e. just because a car is garaged somewhere, we should underwrite that that’s the environment of use. A lot of times with personal auto for example, people are actually taking their car from a suburban environment and driving it downtown to a financial district where they work, and a lot of the miles are in a high-density environment, and it’s not accounted for here. So a usage-based approach – not only duration of use but we can also tell the location – gives us quite a bit more accuracy in getting to the right price for that moment in time.

Ronnie Klein: If you do that though, you’re getting much more individual on the pricing, and the whole concept of insurance is the spreading of risk. Is there enough volume in doing what you’re saying to spread the risk enough, or is it really individual pricing?

Curtis Scott: I think we’re creating underwriting criteria by understanding our book better. For instance, what are the onboarding requirements to be a ridesharing partner? We could say, “They have to be 21 years or older … they have to have x years driving experience.” We can put together a group like that and underwrite a book, but we have the ability to get more granular; we have the ability to look at things – regionally, time of day, things like that – so there’s a lot of opportunity here to get to more precise underwriting. That’s the goal of both us and the carrier we partner with: we want to get to the right rate for the risk.

Ronnie Klein: Last question: you’ve worked for Uber, you work for Lyft … part of me wants to ask you questions about that, but what I’m really interested in is, “How did you learn so much about insurance working for those companies?” Tell us a little bit about your background.

Curtis Scott: I started out working at Allstate in a variety of roles, both in the legal and on the product side of things. I worked for their traditional company and then went to their digital player, Esurance. I even went through a rotational development program at Encompass Insurance, which offers more high-end, high-net-worth individual-type products. I spent some time at a managing general agent (MGA) that did parametric weather insurance. At the end of the day, I’m just an insurance nerd like anyone else who likes to take apart problems and find solutions.

Ronnie Klein: Thank you very much for your time. We appreciate it.

Curtis Scott: Thank you so much.

By directing capital flows to #LowCarbon sectors of the economy, the #insurance industry can play a key role in cou… https://t.co/rAea8IuZjR

Great #RiskConversations discussion this week with the authors of our recent reports on #floodrisk management in th… https://t.co/viug0sOW7u

Now available: new issue of #TheGenevaPapers on the Legal and Economic Issues of Insurtech! Access the editorial fo… https://t.co/KVJRV0x06X

Expecting a fantastic turnout (+300 people!) to our #RiskConversations webinar in just 90 minutes. Not too late to… https://t.co/rQ7t3yTC9t

Happening tomorrow at 3pm CEST! Register for this interactive #RiskConversations webinar on #floodrisk management i… https://t.co/actwdPC1Uw

#Digitalization is changing #insurance for consumers and insurers alike. Find out more about its impact on the in… https://t.co/A5K9vLcTQg

Today @InsuranceERM announced its first 'Most Influential on Climate Change' list, and we congratulate… https://t.co/UuuQSDdRVU

Join leading #flood experts to discuss the state of #FloodRisk management in the United States, Germany & England a… https://t.co/DdZJWroms4

Distribution is a vital part of the #insurance value chain, but how will it evolve it our digital world? New piece… https://t.co/4WcarwoJGS

As #pension reforms increasingly shift risks to individuals, the need for trust is as important as ever. The lates… https://t.co/5ZQYA9USEV

Our research reveals that #FloodInsurance uptake in Germany is increasing & #insurer-government partnerships are im… https://t.co/9z67FgIWgS

Flood risk management in England factors in #climatechange but #floodrisk is rising due to population growth, devel… https://t.co/VXRLOgCN5p

Flood risk management in the US: although the government is increasingly focused on building #floodresilience, a hu… https://t.co/taoG0b5Lqk

What the #insuranceindustry does is a vital part of the social safety net, providing #financialsecurity to people a… https://t.co/m8Lx5YvS9d

Affordable financing of #healthinsurance is critical in alleviating poverty and ill health in low- / middle-income… https://t.co/XJmBJoAOsh

Delighted to have Anna Manning, CEO @RGA_RE, join our Board of Directors. Looking forward to working together to hi… https://t.co/Q5notQVemz

RT @PalgraveJournal: Published in The Geneva Risk and Insurance Review: 'The impact of economic conditions on individual and managerial… https://t.co/hvje5nwxrS