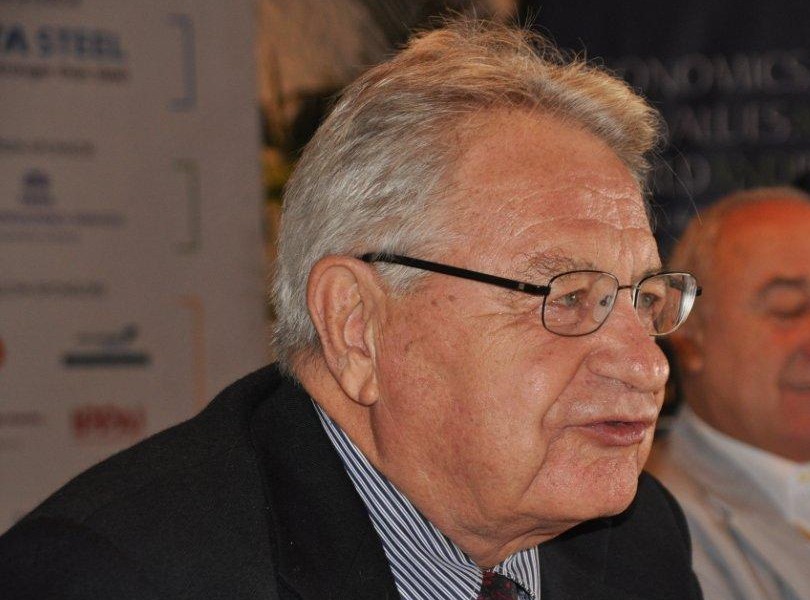 The Geneva Association mourns the passing of Orio Giarini, Secretary General of our organisation from 1973–2000, who died on Friday, 28 February 2020 in Trieste, Italy at the age of 84.

Orio will be remembered as a passionate and energetic leader and thinker, full of forward-looking ideas on the role of insurance in the economy and society and sustainable development. It was he who conceived, together with Fabio Padoa Schioppa, Raymond Barre and a small group of insurance executives, to establish The Geneva Association as a think tank devoted to the study of risks and insurance.

Officially founded in 1973 as the International Association for the Study of Insurance Economics, The Geneva Association had about a dozen members at the start, but quickly grew to include many insurers from all around the world, united in the conviction that insurance – faced as it was with great economic, social and technological changes – was on the verge of deep transformation and, more importantly, that understanding and managing risks would be of primary and growing importance to our modern societies.

An honorary member of the Club of Rome, he had strong convictions and wrote numerous articles and books to defend them, including The diminishing returns of technology: An essay on the crisis in economic growth (1978); Dialogue on Wealth and Welfare: An Alternative View of World Capital Formation (1980); Cycles, Value and Employment: Responses to the Economic Crisis (1984); and The Limits to Certainty: Facing Risks in the New Service Economy (1989).

On behalf of our Board of Directors and insurance CEO members, we pay tribute to Orio Giarini and his invaluable contributions to The Geneva Association. 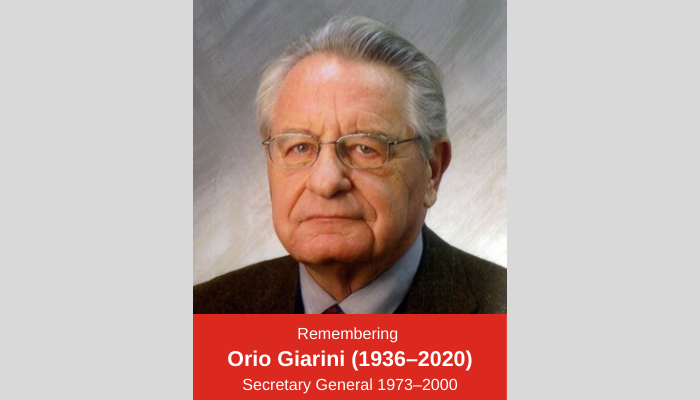 Presenting the nominees for our 2022 Women in Insurance Award

At our 2022 #PROGRESseminar, held in March, insurers, policymakers, regulators & supervisors came together to discu… https://t.co/gbO4SxWhGB

🙏Our many thanks to selection committee members @Amandas_Shoes (@avivaplc), Philippe Donnet (@GENERALI), and Anna Manning (@RGA_RE).

RT @PalgraveJournal: Palgrave Macmillan and the Geneva Papers on Risk & Insurance (GPP) have selected this set of papers from the journa… https://t.co/D8sPZ53SS4

👏Congratulations to all the outstanding nominees for the 2022 Geneva Association #WomenInInsuranceAward for their a… https://t.co/s5PCtt4nKA

Panel 1 at #GATechConf22 discussed how insurers can activate individuals' behaviour change through the #UseOfData a… https://t.co/0OUk2wkTqB

Available data attests to the significant, positive impacts of #PhysicalActivity and #nutrition on #health. Keynot… https://t.co/l44Dwvh7Al

We are living through a unique and exciting time where we get to establish the terms of our relationship with… https://t.co/yfQoG9wyw8

Watch now stream from #GATechConf22! The two panels will discuss: 1️⃣ How can #Digitalisation extend… https://t.co/J6PKHJnXE9

With #pandemic and #cyber risk loss potentials amounting to trillions of $, insurers need to engage in #PPPs to fos… https://t.co/W9xB9Mx9Kc

Insurance can help bolster #resilience through periods of instability, but how do crises affect take up? This… https://t.co/NWpfzNntRL