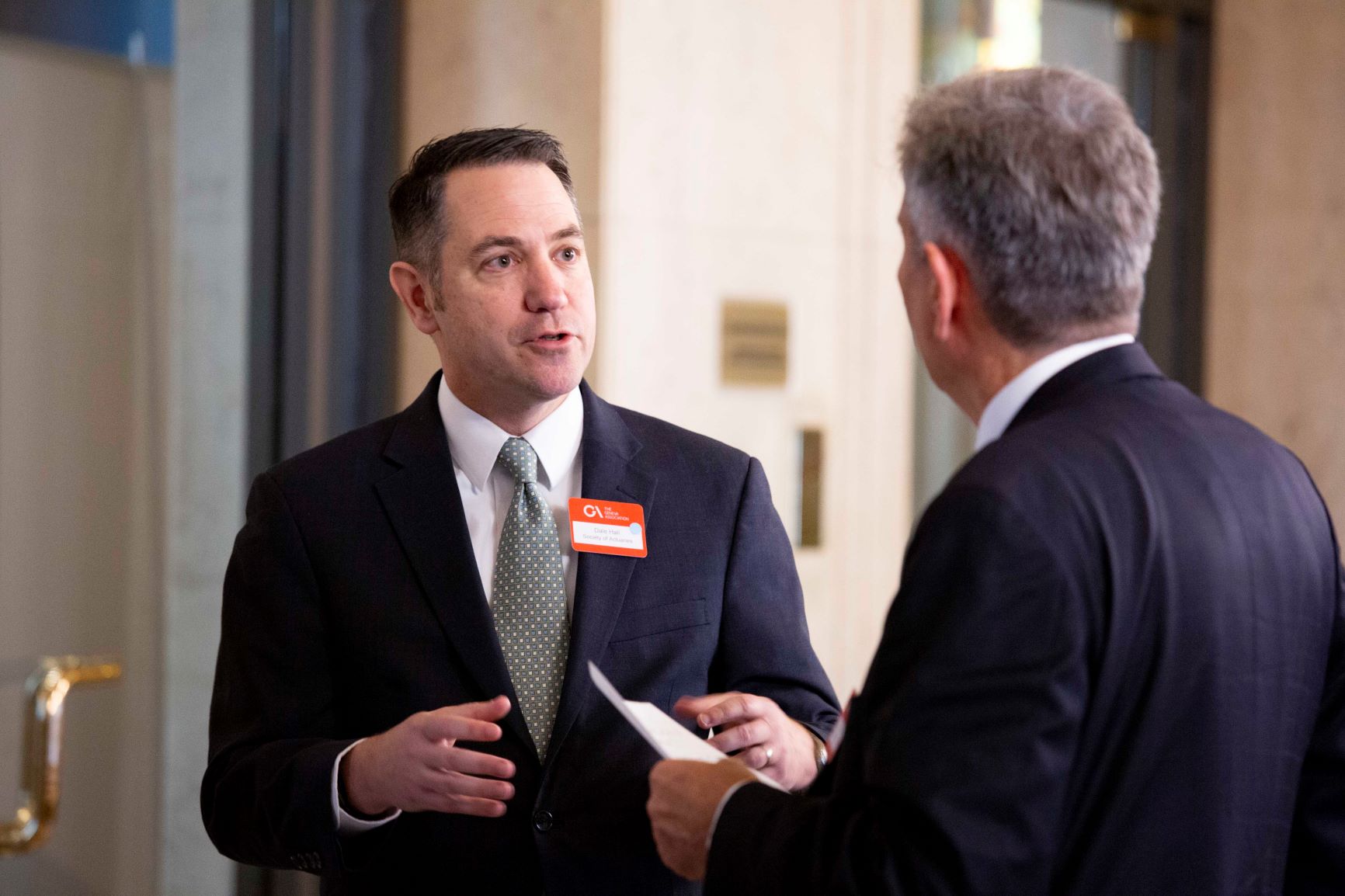 The Geneva Association’s Global Ageing Conference is held against the backdrop of increasing proportions of old-age populations around the world. Yet, in the U.S. at least, overall life expectancy is declining, largely due to mortality linked to opioid abuse.

Dale Hall, Managing Director of Research, Society of Actuaries, gave us a break-down on the relationship between mortality and longevity rates.

Ronald Klein: Thank you for attending The Geneva Association’s 16th Annual Global Ageing Conference here in Toronto, hosted by RGA, and for leading the session on ‘Competing Drivers to Longevity.’

For my first question, I’ll use your own analogy: you called opioids, diabetes and obesity the ‘Darth Vaders’ of the world, and they’re fighting against the ‘Jedi Knights’, the good guys … who’s going to win?

Dale Hall: I think insurers and reinsurers are looking for technology to help with winning that competition. It’s already starting to happen with cancer, if you look at all the positives there – new therapies, cancer genomics and drugs specifically for cancer are contributing to a decline in cancer deaths.

I think the insurance world is now saying that new technology or medicine can also be helpful with other causes of death that are unfortunately emerging in the U.S. population, like Alzheimer’s, dementia and diabetes. There’s some optimism that new treatments, genetic drugs or even physical treatments will produce mortality improvement related to these other causes of death as well. 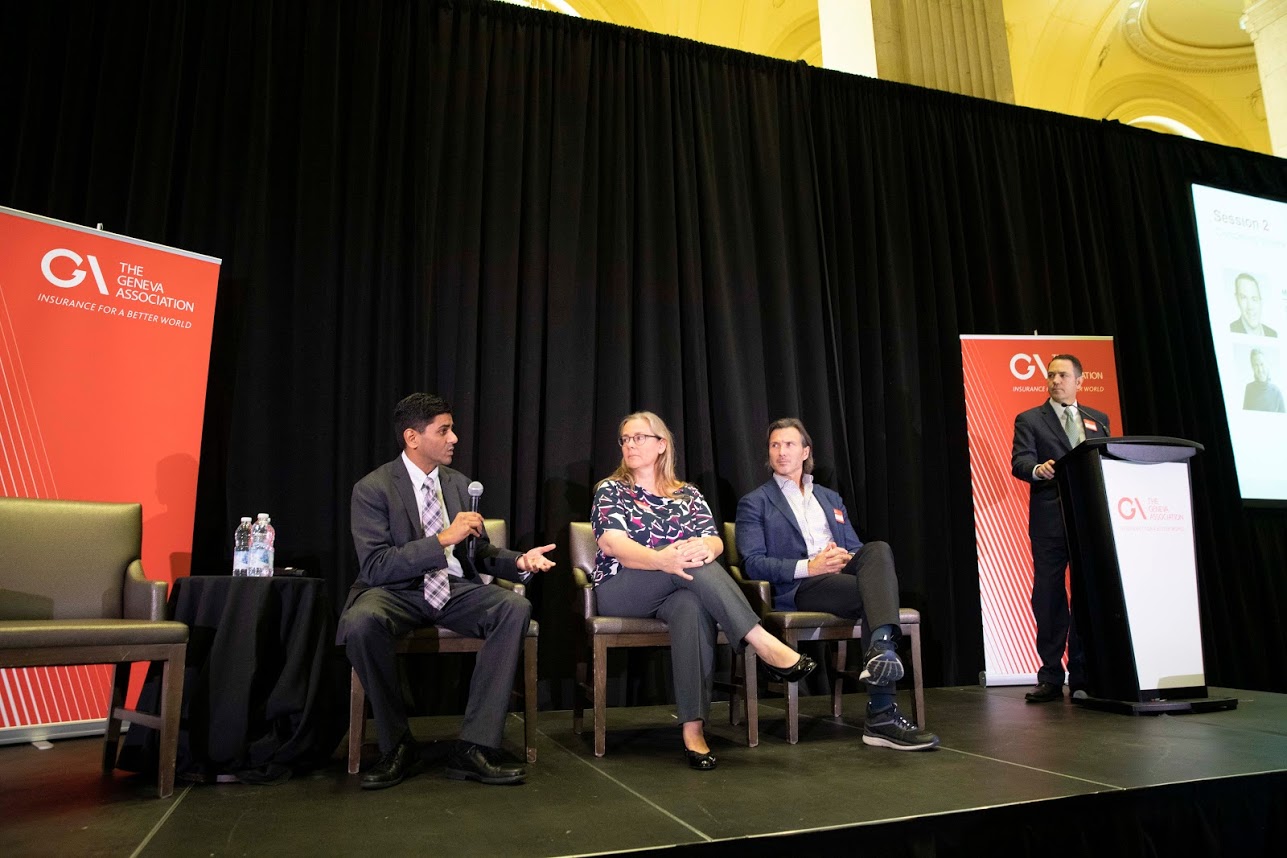 Ronald Klein: We saw graphs in your presentation showing that the rates of mortality, which were decreasing for a long time, are flattening out and even ticking up a little bit. Yet longevity is also increasing. How can mortality and longevity both be increasing?

Dale Hall: When you break down the data by year and by age you see that many different scenarios are possible:

Decreased mortality, increased life expectancy: In general, we went through this long period, from about 1999-2010, where mortality was improving at a pretty decent rate, and obviously life expectancies were increasing.

Increased mortality, decreased life expectancy: Now we’re in a period where mortality improvement is slowing down ever so slightly. In fact, if you look at the last five years, probably in two of those years, improvement has not occurred; there has been dis-improvement in mortality.

In the case of opioids, mortality dis-improvement is occurring with people in their 20s, 30s and 40s, leading to a lot less people living to ages 60, 70, 80. That can reduce life expectancy just because of where mortality decline is happening in terms of age bracket.

Decreased mortality, decreased life expectancy: There can be points in time, however, when you see still mortality improvement, even if very small, but because of where it’s happening in the U.S. population, life expectancy can at the same time be declining. 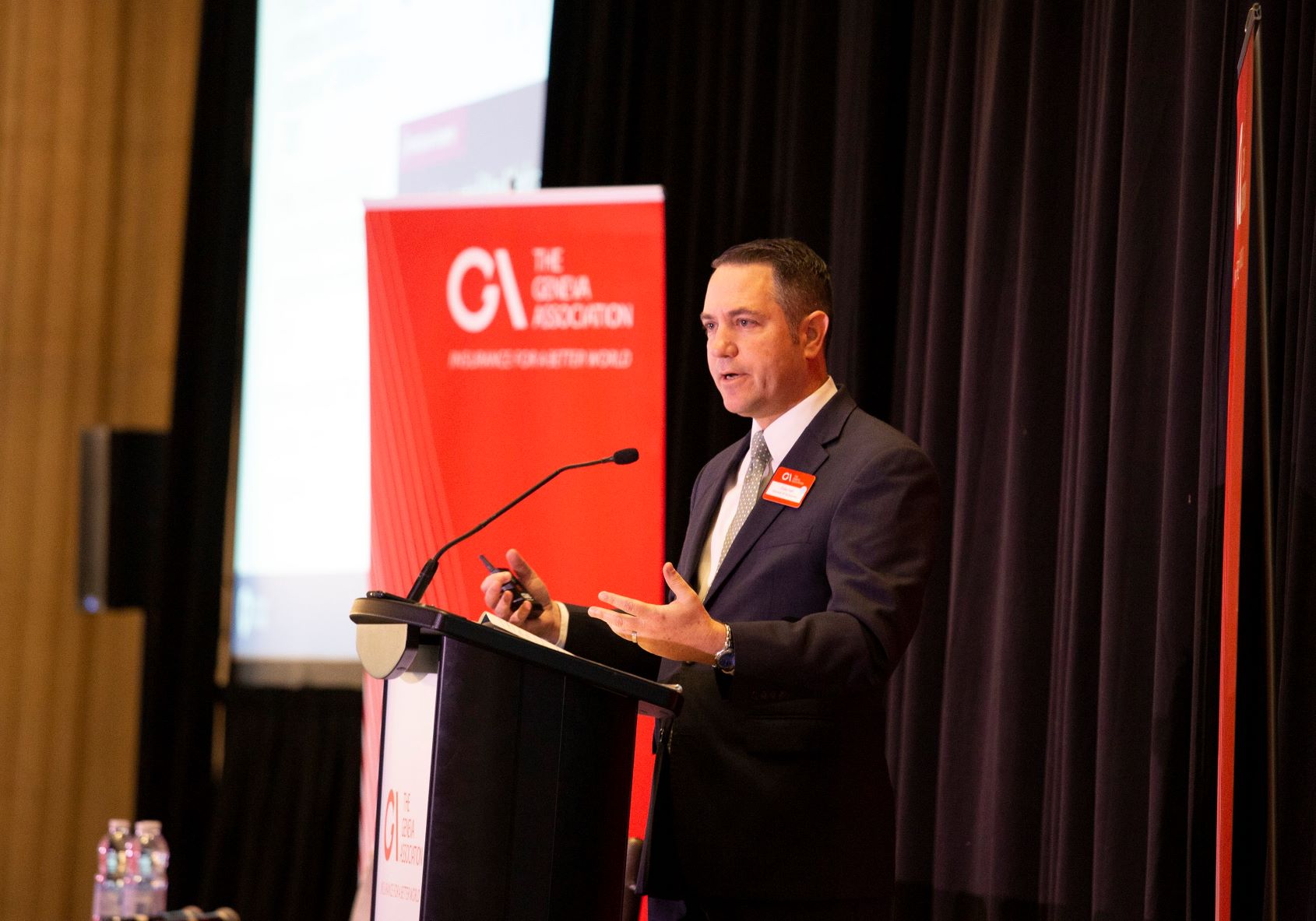 Ronald Klein: In your presentation on the opioid crisis, we saw that many, including the U.S. government, now categorize pain as a 5th vital sign. That may have contributed to an increase in opioid prescriptions, because doctors were afraid of the increase in pain. However, I just read an article in the New York Times that pleaded, ‘Don’t abandon your pain!’ How big of a role does the government ultimately play in this?

Dale Hall: Pain as a fifth vital sign is still valid if used in the right ways. It’s just as important to measure heart-rate, temperature and other vital signs. Pain management and opioid prescriptions for the right reasons are also still very valid medical approaches. People have knee surgeries, hip surgeries, other procedures, and these can be very effective ways to moderate or mitigate pain.

The problem is when that turns into what we would call ‘opioid use disorders’ – addictions or using even illegal or illicit drugs beyond just normally prescribed opioids. That’s when the cost to the economy gets bigger, that’s when premature mortality happens. A lot is exacerbated when opioids are overused.

Ronald Klein: Thank you, Dale. I appreciate you taking the time.

"You want to have #innovation flourish & you have to balance that with security" @IBM CEO Ginni Rometty #WEF20. New… https://t.co/GKgKOZhAea

Just over a month out from #PROGRES2020 and especially looking forward to #keynote by Bimal Patel, U.S. Department… https://t.co/0GVxiLKUOE

Our latest report delves into the ethical challenges related to the use of #AI in #insurance https://t.co/Yf5Oxcfxwa

Cash reserves of #insurers may be insufficient to cover future climate-related losses and premium increases may not… https://t.co/TZdMh1G9eG

RT @SEIresearch: NEW: there is a significant gap between the need to integrate #ClimateRisks within investor decision-making and the… https://t.co/yMKSqV7RCS

Ability to interpret algorithmic outcomes is critical for assessing the performance of #AI systems, for their conti… https://t.co/MOWAqctpSn

Intelligent systems excel in detecting patterns and correlations in complex #data, which is particularly useful in… https://t.co/B1fP4HrdPt

Next call for papers deadline for The Geneva Papers is for a special issue on Trust in #Insurance - submissions due… https://t.co/8QAMpK3886

So much opportunity for #AI in the #insurance and financial sector. Looking forward to launching our new report, Pr… https://t.co/GP7hhAHM6R

Summary of #GAGlobalAgeing19 now available! Conference explored the role of #insurers in managing longevity and… https://t.co/1IFasyTqgv

Accepting papers for a special issue of The Geneva Papers on #Trust in #Insurance. Submissions due 26 April 2020!… https://t.co/vzAPEVwY9i

#COP25 discussions reinforce that #resilient infrastructure is critical for countries to adapt to #climatechange. I… https://t.co/KbvjQCbWhR

"As we continue to push for greater #diversity in our industry, it is imperative that we recognize the… https://t.co/7sesWR5kyp